Globe Productions was originally started in1964, the 400th anniversary of Shakespeare’s birth, hence the name Globe. Globe’s precursor was the Georgetown Rotary Minstrel Show, headed by Ralph Ursel, who acted as its producer, musical director and general dogsbody.

The members of the Rotary put on black face makeup and were backed up by a female chorus (not blackface) Members of that chorus are still with us today – Vera Macdonald, Edna Ferguson and Edna Turnbull.

Maureen Walker’s first involvement was typing out the jokes for the guys to put inside of their straw hats (she worked for one of the Rotary members). When Maureen found out that she could write new words to old songs, she became part of the writing team.  This was in the late 1950s. Even then, blackface became politically incorrect, and the show switched to a musical review, still written by Ralph, Maureen and a few others.

For some unknown reason, it was decided to switch to English Pantomimes, and at the same time, Globe was born.

Rehearsals took place in various locations – old warehouses, gas stations etc. Scenery was made and painted in an old barn in Glen Williams and paintbrushes were washed by breaking ice in the Credit River and squatting on the bank with the brush in the water.

The pantos were preformed in the Secondary School on Kennedy Road in Brampton, because it had a decent stage. In the English tradition, we opened on Boxing Day. We did this for 3 years – Dick Whittington, Aladdin and Babes in the Wood. The scripts were imported from England and extremely corny.

Sandy Greig was Dick Whittington and the non-Brits had trouble with the concept of girls playing the parts of men, and the Dame being a man. On the 4th year we did Finian’s Rainbow with Lois Fraser playing the part of a child – she was 12). After that we did My Fair Lady.

Ralph had a serious car accident and a change of career so the organization then ran out of steam. It went into abeyance until 1981, when the John Elliott Theatre was built in Georgetown. We were off and running again!

With Ralph still at the helm, we did Anything Goes, followed the next year by Oklahoma! One show a year seemed enough in those days. We were incorporated under the name of Georgetown Globe Productions, which is still our official name, although, we have recently unofficially added Musical to our name (Georgetown Globe Musical Productions - GGMP). Ralph stepped down after a few years and we have had a variety of Musical Directors since.

2008 was the birth of our Youth Company and with that; we are now presenting 4 shows a year.

Rehearsal space and set building/storage has always been a problem. We have been all over town, but our present space at Norval has been the best. We look forward to moving into the Old Armoury on the Georgetown Fair Grounds next year. 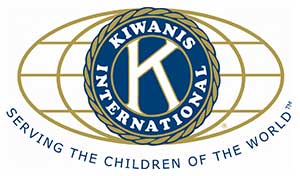